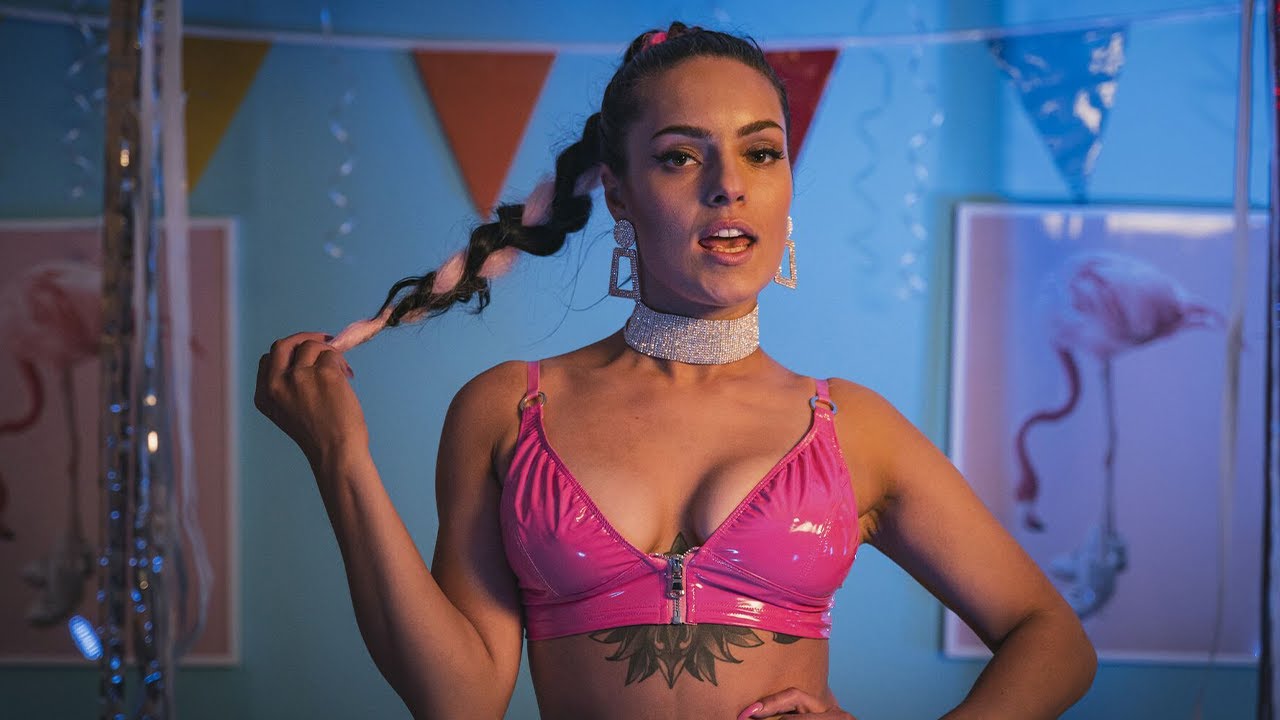 Duggar left jail on Thursday wearing an ankle monitor, which will be his new normal until his trial in July.

On Saturday night, Josh’s sister, Joy-Anna and her husband, Austin Forsyth, spoke out for the first time about Josh’s arrest.

‘The recent accusation brought against Josh sadden us to our core,’ they each wrote on their respective Instagram Stories.

‘We have not wanted to be hasty in making any statements while still trying to process the news ourselves.

We are especially heartbroken by the reality that there are children in the world being harmed and exploited.’

‘We ask for prayer for all those involved, and it is our continued prayer that the truth comes to light.’

Pictured: Joy-Anna Duggar and husband Austin, who finally broke their silence on her brother

The couple released this statement on their Instagram Stories on Saturday

The 33-year-old was released from Washington County Detention Center in Fayetteville, Arkansas on Thursday, with photographs revealing that he was wearing the electronic device on his left leg.

Duggar covered up the ankle monitor beneath blue jeans, and did not make a public statement as he was whisked away by his lawyer.

The star will spend the next two months in home detention at a property belonging to family friends LaCount and Maria Reber.

He is scheduled to stand trial on July 6.

The Rebers, who are a clean-cut Christian couple, told the court that they did not know Duggar well but that they are good friends with his father.

Duggar will not be allowed to return home to his pregnant wife Anna and their six children. However, he will be allowed to spend time with his kids – as long as his wife is present.

Duggar covered up the ankle monitor beneath blue jeans, and did not make a public statement as he was whisked away by his lawyer

As part of his strict bail agreement, Duggar must remain with the Rebers at their home until his trial commences.

He must have a probation officer’s permission to leave the couple’s home and can not access the internet.

During a hearing earlier this week, the Rebers assured the judge there was no WiFi at their residence, only a dial-up connection.

Maria Reber testified: ‘We want to help the family and minister to them. My husband has made the decision and I’m here to support that decision.’

On Friday, she was seen nailing ‘Private Property’ and  ‘No Trespassing Signs’ to the front of her property as press camp out awaiting a glimpse Duggar.

The reality star was not seen walking around the grounds of the home and it did not appear his wife and children came to visit.

The 19 Kids and Counting star will stay with Maria Reber and her husband LaCount, pictured, who told the court they do not know Josh well but are good friends with his father

Investigators seized Duggar’s computer and cellphone during a 2019 raid on his now-closed car dealership, Wholesale Motorcars.

When the raid was carried out and before Duggar knew what authorities were investigating, Duggar had allegedly asked agents: ‘What is this about?

Has someone been downloading child pornography?’

Duggar is alleged to have downloaded the child sexual abuse material online back in 2019 on May 14, 15 and 16.

Duggar will not be allowed to return home to his wife and children, who live on his parent’s property.

Duggar’s wife Anna is pregnant with their seventh child

On Wednesday, a court heard how Duggar’s computer had a program dubbed Covenant Eyes installed to monitor questionable online usage and then send reports back to his wife Anna.

But Homeland Security special agent Gerald Faulkner testified that that there was a TOR browser that allowed for anonymous browsing on the dark web.

The agent could not say for certain when the Covenant Eyes software was downloaded onto Duggar’s computer.

But he testified that the images found on Duggar’s computer were ‘in the top five of the worst of the worst that I’ve ever had to examine’.

The password for the browser program was allegedly the digits of Duggar’s birth year.

It is the same password used for his bank accounts and other online sites, the agent said.

Duggar’s family rose to fame on TLC, where cameras documented their lives as an exceptionally large fundamentalist Christian family.

The popular program was axed amid allegations that Josh had molested four of his sisters and a babysitter. Duggar´s parents said he had confessed to the fondling and apologized.

Meanwhile, Duggar previously apologized for a pornography addiction and cheating on his wife.

Josh Duggar’s sister, Jill, and her husband Derick, previously broke their silence over the child pornography arrest of the former reality star.

It’s all very sad. Josh’s wife Anna is pregnant with their seventh child, I cannot imagine how she is feeling.’

Derick said that ‘obviously if there is anything there related to child pornography, we hope that justice is done’.

We’re sad for Anna, put yourself in her situation and imagine how you would feel if that happened with your family member. I imagine it would be really hard,’ he added.

Josh’s other sister, Jinger, and her husband, Jeremy, also reacted to Duggar’s charges after they were made public last week.

‘We are disturbed to hear of the charges against Josh.

While this case must go through the legal system, we want to make it clear that we absolutely condemn any form of child abuse and fully support the authorities and judicial process in their pursuit of justice,’ the couple wrote in a statement on Instagram.

‘We appreciate your continued prayers for our family at this time.

The accusations brought against Joshua today are very serious,’ they said in the statement obtained by ‘It is our prayer that the truth, no matter what it is, will come to light, and that this will all be resolved in a timely manner.’ They added: ‘We love Josh and Anna and continue to pray for their family.’

SuperEasy Methods To Learn Everything About Body

And naturally, it’s conjointly of essential significance to understand as soon as to run away, both as a result of a streak or simply on account of you has exceeded your funds. In case you need to construct your muscle, use weights equivalent to dumbbells or weight machines and naturally, resistance bands. They don’t have

When I any kid I wished for playing professional football in Philadelphia, simply because I loved the overall game and my team that much and wanted to play at the highest level. I never saw my dreamed fulfilled but Got the opportunity being close to online game and get to learn a few players personally.

If you’re someone who dreams getting a great songwriter permit me to offer you this part advice; set aside a couple of hours out of the day to check any certainly Michael Jackson’s hit songs. I am convinced that clearly he was — and is — really want the world’s greatest lyricists. If without a